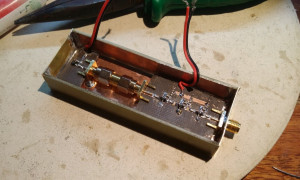 Here is a quick project I made one weekend. I had just gotten my new toys, a Rohde & Schwarz FSIQ 7 GHz spectrum analyzer and two R&S SME 03 signal generators. I wanted to make something where I could employ my new test gear, so I decided to make a microwave noise source. The noise source is quite simple. It has a reverse biased AT41486 RF-transistor and the noise due […] 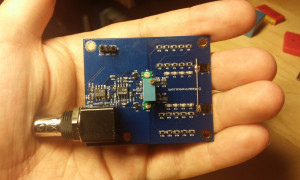 I’ve had the need  for a high-voltage differential probe for a long time. Mainly for probing mains connected switch-mode power supplies and such. I looked in to buying one but they are fairly expensive for what they are. You can get 25 MHz bandwidth Chinese ones for around 150 € but anything from Agilent/Tektronix/Fluke will quickly run up to multiple hundreds. I looked in to making one and they seemed […]

Tip: How to Measure Small Resistances 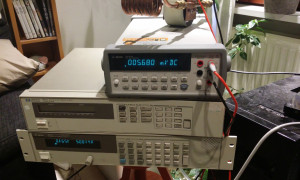 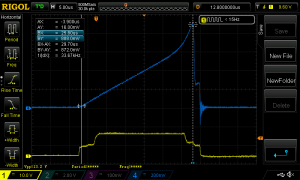 I had the need to test the saturation current of some inductors I had wound. I built this pretty simple tester for testing the saturation current of inductors. It seems to work pretty well up to about 100A or so. I had a switch-mode power supply (48V to some lower voltages at around a kW or so, from telecommunications equipment) laying around that had a lot of components (FETs, power […]

Implementing an all digital phase-locked loop 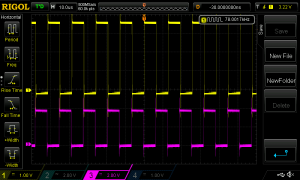 I’m currently building an induction heater. I’ve already built one controller based on an analog PLL so this time I decided to go all digital and use an ARM Cortex-M4 microcontroller (STM32F303). For this I needed to implement a digital phase-locked loop running on the MCU. Principle An ADPLL is basically an analog phase-locked loop but implemented in software. You take the phase difference between a reference signal (the one […] 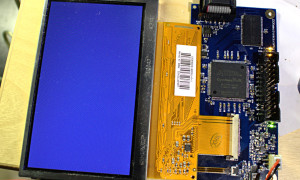 This is a project I made quite a while back (about 7 months ago). I wanted a bigger display for a project of mine and noticed that PlayStation Portable displays (480×272 pixels) are quite cheap on eBay but they do not have an integrated controller/display driver. It seemed like a perfect project to practice using FPGAs so off I went. The PCB is a 4-layer design containing an Altera Cyclone […] 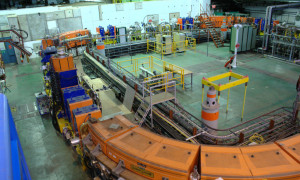 I heard about the CERN Open Days on the eevblog forum. I managed to get some tickets for an underground tour to the ATLAS experiment so I decided that I just had to go and see CERN for myself. Me and my girlfriend combined a Paris trip with the CERN part so we took a TGV train to Geneva on Sunday 29th after spending some time in Paris. Under one […] 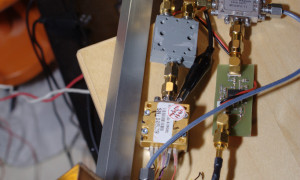 I am currently building an FMCW radar. I do not have all the parts finished so I made a doppler radar from the parts I had on hand. Theory Basically a Doppler radar is a type of radar which measures speed of objects in front of it. The transmitted signal is mixed with the received frequency in a frequency mixer. If an object moves in front of the radar, the received […] 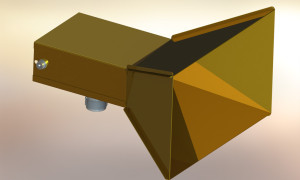 I recently saw a post on Hackaday about a course in MIT where the students get to build an FMCW radar from mainly off-the-shelf components. I got pretty excited about it and immediately thought that I wanted to build a better one from scratch. The design presented in this post is just the preliminary design, a lot of things might change as I go along. Theory I won’t go to too much detail […] 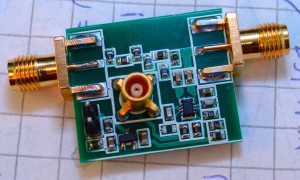 I had some space left on a PCB panel I was ordering so I quickly whipped up a return loss meter based on an AD8319 logarithmic detector from Analog devices. The AD8319 is specified up to 10GHz. The circuit has a 10dB attenuator and a resistive SWR bridge which output is measured (differentially) with the log detector. The circuit is laid out on 0.8mm FR4 PCB with impedance matched microstrip transmission […]