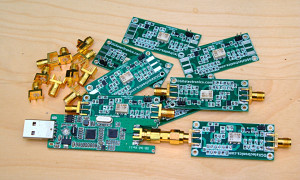 I wanted to listen to HF bands using my RTLSDR USB dongle. Since the RTLSDR dongle can only receive from around 64MHz upwards I needed an up-converter which converts the HF band (0-50MHz) to a higher frequency I can receive with my dongle. The converter will work up to about 70MHz. Many of the available converters seemed quite pricey and not too well designed (no filtering on the local oscillator […] 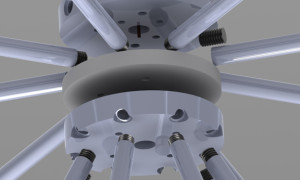 I recently ordered an EzTV666 USB DVB-T stick from eBay. People have found out you can use these sticks as Software Defined Radios (SDR) which can receive radio signals in a very wide range of frequencies. The particular model I got has RTL2832 chip with an Elonics E4000 tuner chip. You can tune it from 64MHz to 1700MHz (with a small gap around 1150MHz). I needed to build an antenna for it and a […] 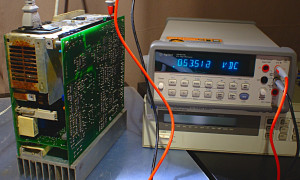 A few weeks ago I was on a junkyard that had a decent amount of telecommunications equipment. Mainly racks of old cellphone 3G (I think) basestations from which I got a load of some interesting RF stuff. I also found a pretty rough looking switchmode power supply from the ground, made by Ascom energy systems. It had been sitting out in the rain for quite some time (I think at […] 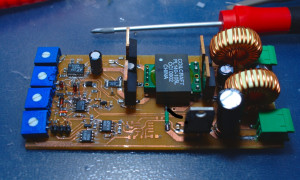 Here’s a quick project I made in couple days or so. It is a push-pull step-down laser diode driver based on LT1683 SMPS controller chip from Linear Technology. The circuit works with 12-18V input and can put out about 1A to a 2V load. I used a PL140-105L planar ferrite transformer from Coilcraft which is quite overkill for this application (it is rated for 140W). The circuit has a current clamping circuit (so […] 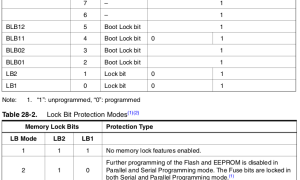 I spent the whole yesterday battling with an ATMega16U4 microcontroller. I was trying to set the fuses to use the internal RC-oscillator instead of the external crystal oscillator. In the end I had to modify my avrdude.conf but the problem with the fuses ended up being pretty simple… Adding support for ATMega16U4 to avrdude Well the first problem was that even the SVN version of avrdude does not seem to […] 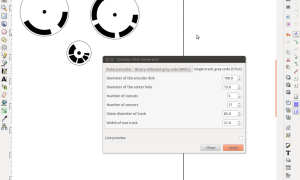 I have added support for single-track gray encoders to my Inkscape optical rotary encoder disk generator extension. In a nutshell single-track gray encoders are similar to binary-reflected gray encoders because they give absolute position with multiple sensors, and two adjacent positions can only differ by one least significant bit. The difference is that STG encoder has just one track with multiple sensors. This makes it possible to make radially smaller sensors because […] 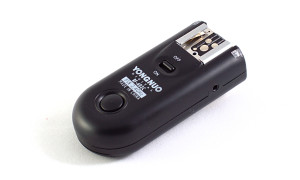 I ordered a set of three Yongnuo RF-603 wireless remote flash triggers from eBay for $50. They also work as a remote trigger for the camera as well (each of the modules have a trigger button). They are just plain remote triggers, thus they do not support ETTL. They also do not support high-speed sync (so you cannot use exposure times under 1/200s). The modules have a socket for a […] 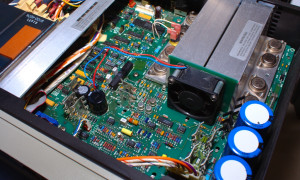 I recently acquired a pair of HP 6632A power supplies for a very decent price (about 100€ for the pair). These are late 90s models from HP, capable of 0-20V and 0-5A. They have a GPIB port (well actually HP-IB but it’s almost the same thing as GPIB, just an older non-standardized version from HP) so you can control them with a computer. They are 19″ in size so with […] 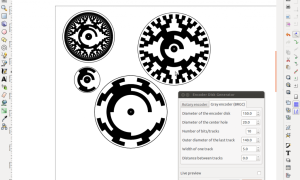 Programming box for the GA250 (flashed with OlliW’s firmware) 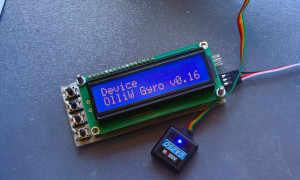 I designed a PCB for a programming box (based on OlliW’s original schematic) for the Assan GA250 gyro flashed with OlliW’s custom firmware (see my original post about flashing your gyro here). The programming box hooks up to your gyro and enables you to tune the parameters on the field. The design is really simple, it basically has an ATMega8, four buttons, 16×2 HD44780 compatible LCD and some auxiliary stuff. The […]